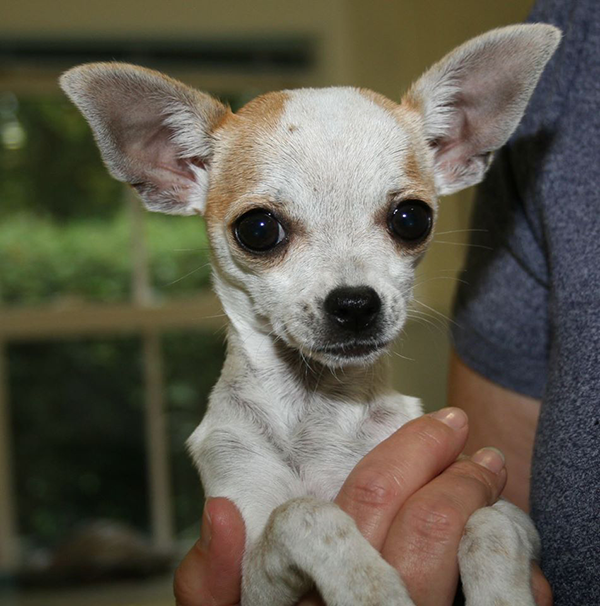 What would you do if your dog was stolen whilst you were away on holiday?

This is exactly the question that the Clarke family faced when they were away for a one week break this year, they opted immediately, to end their holiday and fly home.

The Clarkes had placed their four-month-old Chihuahua puppy, named 'Mouse' in the care of a local boarding kennel and were devastated when the kennel owner called to say that their dog had been stolen during an overnight break-in at the kennels. To make matters even worse the kennel owner informed the family that the police had been called but they had decided that they would not be investigating the burglary as there was nothing they could do to help recover the stolen dog.

Fortunately, Mrs Clarke had heard about The Pet Detectives and contacted us immediately.

We started our investigation the following morning and after visiting the scene of the crime and interviewing the staff at the kennels, quickly identified a possible suspect for the break-in. Within 24 hours we had found an address for the dog thief and started to close our net. A few hours later the Clarke family received a call from a woman who said she had Mouse, claiming she had bought the stolen puppy in a car boot sale. Within hours Mouse was recovered and reunited with her overjoyed family.

"We were so happy to get Mouse back, when the police decided not to investigate the break-in we never thought we would see our little puppy again. The Pet Detectives were amazing, they did a fantastic job and we cannot thank them enough"