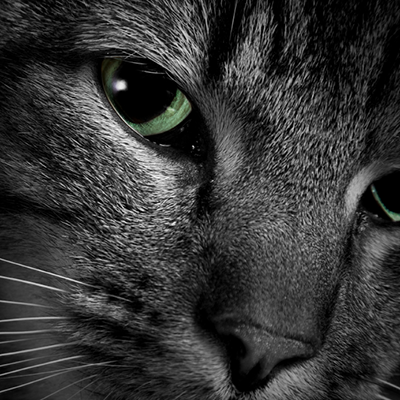 We have dealt with a lot of serial cat thieves over the last few years and it is surprising just how many there are. Psychologists call them collectors and map out a host of excuses for their behaviour.

However, we witness first hand the heartache these awful people cause cat owners and consequently have little sympathy for them. It is often the case that serial cat thieves completely neglect the cats they have stolen and on some occasions deliberately harm them or worse.

Last year we dealt with a particularly unpleasant woman who we suspected had stolen several cats from the same family. We called at her address and she denied being involved claiming to be a cat lover and even offering to help search for the missing cats. She added that all the local cats trusted her and would often come to visit her garden just to say hello.

Over the next few days we discovered that this woman was putting cat food in her greenhouse and encouraging cats to come into her house where she would either lock them indoors or provide them with more food. We spoke to several of her neighbours who painted a very different picture of the woman describing her as mean and confrontational. Some of whom had seen her feeding cats in the street and encouraging them to follow her home.

We returned to her address and attempted to persuade her to hand the cats to us but she refused so we called in Hampshire police and forced her to cooperate. We searched her house with the police but unfortunately we only recovered one of the missing cats but there were clear signs that others had been there.

If you suspect someone is stealing cats in your neighbourhood then please contact us on 01403 753463 or email [email protected] and we will be happy to help.